Birds of Prey, and the Fantabulous Emancipation of One Harley Quinn

Well, to be honest, my wife thought this movie was "Sucker Punch" and she started watching that and we finished it just to see if the main character ever came out of her "dream within a dream" stupor and nothing was ever really resolved and we were left wondering what the hell just happened, so then we watched "Birds of Prey" to get "Sucker Punch" out of our heads, and in comparison, this Harley Quinn vehicle seems like Casablanca by comparison. 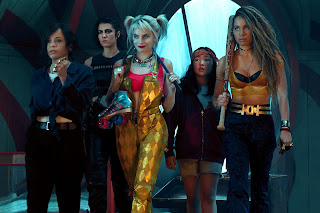 But, even without the comparison, this is a fun movie, and decent.  Margot Robbie gets so completely into the Harley Quinn character that she is completely fun.  The fun never stops, even though you know Harley is completely batshit crazy and volatile and a total caricature, but she also somehow seems REAL, if that can be believed.  I can't even believe I'm writing that.

True though, the rest of the characters don't seem particularly well-drawn, but they do have some kick-ass fighting moves.  I don't particularly care for the story line of the black woman who lives in the stereotypical slum, but I suppose that's the typecast for every tragic black superhero.  Still, though, it seemed a bit trite.

But maybe I'm trying to make this movie into Casablanca.  I should stop trying to analyse it so much, and just say that it was a fun movie, although I enjoyed "Suicide Squad" a lot more (even though a lot of people didn't like that movie, *shrugs shoulders*)

And ... remember, I have now watched "Sucker Punch" twice so that you don't have to. 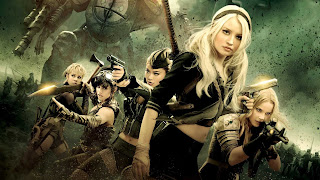