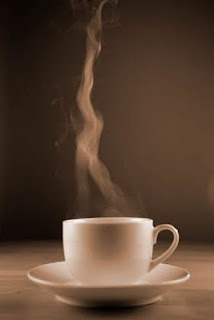 James: Heard they censored South Park because they made fun of Mohammad.

John: Why would they censor them for that? They make fun of Jesus all the time.

James: Yeah, but some radical Muslims threatened to kill the creators, so Comedy Central got scared.

John: Well, that's what terrorism is, you know, scaring somebody so they'll do what you want them to do.

James: But you can't say that too loud, they might kill us too.

John: Yeah, because all our troops are halfway across the world.

James: Leaving us to fend for ourselves.

John: You know, it's not that I ever really liked South Park anyway - buncha foulmouthed kids insulting everything that's decent, but dang, to be shut down by Islamic extremists . . . it just seems that they really are stronger than Christianity.

James: Hardly . . . I'd say they're weaker. Strength isn't in how hard you can punch somebody in the face, strength is in knowing that you can and holding yourself back. It's totally simpering weak to threaten to kill somebody just because they draw a picture or make a cartoon.

John: But they're religion says whoever does that should die.

James: Then their religion is weak.

John: Keep your voice down - do you want to get us killed?

James: Why? D'you think there're some Muslims in the next booth?, waiting to jump out and blow us all to shredded bits just because we're expressing our freedom of speech?