Overseen at the Counter 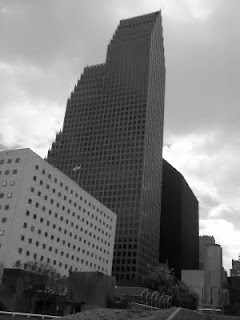 Steppenwolf is showing this picture to the Barista from his phone:


and saying: My sister-in-law just interviewed there. I told her she's going to be working in the tower of Babel.

Overheard at Table 4: The State of Modern American Protests

1: Yesterday my 14 year old walked out of school along with the 300 other kids to protest the teachers getting laid off.

2: Well, score one for the peaceful protesters!

1: Yeah. Wife didn't like the principal sending her a nasty email threatening expulsion, but I was kinda all for it.

2: Taking a stand for the rights of others. Jesus would be proud.

1: I was too - until I printed out the addresses of all the state and federal representatives, the governor, the superindentent and the school board. I gave it to my daughter and said, 'Here give this to all your friends and swamp all the offices with letters,' and she was like 'eh! No thanks!'

1: Yeah, looks like they can all go for the cool show, but when it comes time to actually sit down and compose a coherent sentence, they're like, just not into it.

2: Ah, the show is always more interesting than the work.

1: Plus, the security of the mob feels better than the putting yourself on the line.

1: Still more than what all their parents did, which is just sit on their assets and let the teachers get laid off.
Posted by zen and tao at 4:51 PM No comments:

In Katy it seems that the only people fighting for the rights of teachers are those who cannot vote,

. . . while their parents just sat back and let it all happen. Their complacency, along with their indolence, has led to an education system that will never teach their children the meaning of those two polysyllabic words.

But at Taylor High School, yesterday, the kids walked out in protest of the firing of the teachers over a budget shortfall that had been caused by the misappropriation of funds slated for the school systems from the previous term of the Republican governor - who was somehow reelected even though it was widely known that he gave those school-slated Federal funds to his personal crony-buddies! And as well, we should remember that Texas has the lowest business tax rate, and even at that the state refuses to collect the pittance that business are (on paper at least) required to pay

But all these high schoolers know is that they want an education, and they know that they can't get one if class sizes swell to 30-plus students.

Seems like the kids are smarter than the leaders, eh!
Posted by zen and tao at 7:00 AM No comments:

I heard that a kid got tazered today during the protest that some of the high schoolers were staging over the teacher layoffs.

So, basically, our kids are facing police brutality because they're the only ones brave enough to stand against injustice?

Yeah. Who'da thought?
Posted by zen and tao at 6:20 PM No comments: 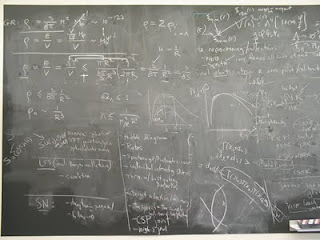 I think chalkboards are truly zen . . . think of how many ideas have been placed on chalkboards,

over the years, over the centuries, and all to be

wiped clean by the eraser or even a simple cloth. . . . the greatest scientific achievements have been

made on the chalkboard:

the Curies, Hildegard and Frick

but just remember how many children, you and I and all the others, learned their first

mathematical concepts at the chalkboard - that beast!

6th graders who claimed to be our friends! how many times the chalkboard was ready

to show us for the ignorants we were, only to turnabout and guide our hands,

squeak and chalkdust flying, as we scribbled our way into understanding!

I didn't ever know there was even such a thing as a Texas Liberal.

Sure there are Texas Liberals! Those are the ones who believe in lethal injection as opposed to the electric chair!
Posted by zen and tao at 4:20 PM No comments:

I heard that the Republicans are trying to gut funding for NPR.

Normally that'd hack me off, but ever since that fiasco about Juan Williams, the bravest NPR ever gets any more is talking abotu how Facebook is changing our eating habits.

So I take it that means you're not going to donate this year.

Dude! Last year they had an expose that showed how the private prison industry orchestrated the Arizona immigrant law in order to build permanent jails to house women and kids. That was big! That was huge! Ever hear that story?

Dang right you didn't! I wanna know why. But NPR broke it, and then suddenly they are deflated like a limp balloon. I don't even know why the Republicans want to bother any more, they've already scared NPR into complete sycophantic submission!

Sounds to me like that'd make you want to donate even more. Get NPR weaned off their government umbilical cord. Put it right into the hands of the public, the way it should be.

Yeah. We've already got that. It's called Pacifica radio.

Well, yeah, I guess sometimes they get a little TOO progressive, even for me. But man, if there was some sort of balance between the two, that'd be perfect.

Dare to dream.
Posted by zen and tao at 6:30 PM No comments:

I think I'm becoming a radical.

My kid came home last night, they've got him memorizing the first lines of the Declaration of the Independence.

Yeah! That part's great. We should all know about our ideals - but get this: he's firmly convinced that it's the Preamble to the Constitution, and that the freedoms listed are in the Bill of Rights.

Do you think he's confused?

Well, he's 12, so I think he should know better, I mean, if they were teaching him better. It's the muddled up that gets me . . . that, and the other thing.

Well, it's what came out of my mouth when he started reciting it.

Well, it's best if I show you. Recite the Declaration.

No no no. Sorry. Start with the second paragraph.

"We hold these truths to be self-evident, that all men are created equal . . .

- they just become unequal when they don't work hard enough.

". . . and are endowed by their Creator with certain unalienable rights . . ."

- unless the giant corporations want to take away those rights, or keep them for themselves.

- unless you are a doctor who performs abortions or a medically ill inmate on Death Row in Texas.

- unless you are labeled an enemy combatant born anywhere in the world, since we've declared the Earth a battlefield.

- unless you are gay, lesbo, bi, transgender, progressive, liberal, feminist, pacifist, Democrat, evolutionist, scientist, intellectual, union worker, drive a Japanese car, or are any religion other than Protestant Christian.

Wow. I'm amazed you're not being followed right now.

I think I am. See those guys in the suits at the counter?

Them? I thought they were going to a costume party dressed as the Blues Brothers.
Posted by zen and tao at 4:22 PM No comments:

Husband: So, how do you feel?

Wife: Like we're still in a dream. Did that really happen? Did we just buy our dream home?

Husband: We sure did. Got the keys, the garage door opener, everything. It's ours.

Husband: Oh, sure, NOW you want a kiss! Before closing you were all, like, 'ugh, get away!' just because I'd had onions for lunch!

Wife: Yes, but I'm going to kiss you now, because you just bought me a house!

Husband: Wow. Wonder what I gotta do to get laid!
Posted by zen and tao at 1:07 PM No comments: