Lori: I haven't seen that one.


Kristen: Oh my god it's brilliant.  I started watching it Season one and I'm halfway through season two and they just started four but everyone tells me I have to watch three before four.


Lori: I love just crashing through whole seasons.  Like, takes my whole weekend.  I did that Homeland.


Kristen: I watched all seven seasons of Dexter.  Again!  Love that show.


Lori: I did that with House of Cards, first two seasons.  Watched them over and over again.


Lori: I'm the same way.  Why is that?   I was plowing through Shameless last week and my kids said, "Mom you've already seen that why are you watching it again" and I said, "I haven't seen this and then - bam! - right there in episode seven there's this scene and I'm like "I remember that!" I wonder why we never remember our shows.


Kristen [looking down at her phone while she reads and sends a text]: I dunno.  Same thing happens to me all the time.

Overheard at Table 3: The Strength in Summer Storms

And I woke up in the middle of the night last night and it was raining, and thundering and lightening and the kids jumped into bed with me and I held them so close and it's at those moments when it hits me that I really don't mind that he's gone, that he'll never be a part of their lives.  It's like, it's just me, holding the kids against this storm, and my arms are strong enough, my love is strong enough.  And I got this. 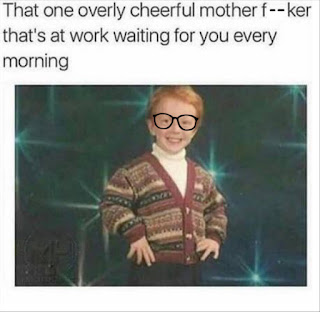 "I was on the way home from work and I don't really know what it was, maybe something on the news, but I saw the sun starting to slant toward the horizon and even though it wouldn't set for another couple of hours, I could imagine the sunset, the colors, blue slowly taking on the purple, the shade of orange sliding in behind it,

"and I don't know why but that made me think of my dad, the day he died.  He died in a hospital.  Off the ventilator.  He died that afternoon, and then my wife at the time, after taking care of things, we drove off, and it was just getting to be evening.  The sun was setting then, and I remember thinking that the day was closing down and it would be the last day he would ever see and he didn't even get to see the end.

"Like, he didn't get to see the end of the day.  Like we all die before the end of the story.  Before we get to see what happens to our kids, and I guess they say it's all the way of life, but somehow it doesn't seem fair.  Like never getting to see the last ten minutes of a really good movie."
Posted by zen and tao at 5:21 PM No comments:

So my boss comes by my desk and he sees my Basic Spanish book and he says, "Are you trying to learn Spanish?" and I said, "Sí.  Quiero aprender español."


And he says, "I think you should spend more time learning your job."

Poem of the Day: I Hear America Gurgling

I hear America gurgling, choking on cheap Mexican beer,
The auto workers, each machine that replaced the men grinding all
night long,
The Home Depot guy renting out circular saws, measured by the hour,
The night watchman downloading videos on his phone, watching the tiny screen as
the building huddles in its sleep,
The ticket taker at the theater telling people that their movie is the fifth screen on the right,
restrooms on the left
The girl at the shoe store at the mall brings out the fifth pair from the back for the woman
with the fungus under her toenails.
The cop in the car, the black boy out after curfew, the accountant at home with her bored husband
and angry children,
The undocumented mother having just given birth, not knowing if she’s going ever to be able to
get the piece of paper that proves her child exists.
Tall blond girls getting smashed at a kegger, and the lecherous jackals ready to tear off those blouses
and thonged shorts.
Each gurgling and spewing and spitting the foul taste of the acid in the air or the lead in their water.
These days belong to the day, and the nights belong to the strange, and
the future belongs to those with the power to buy it.
America no longer sings any strong melodious song.
The songs that America sings is only some backbeat from ratchet speakers,


and words no one remembers.
Posted by zen and tao at 2:42 PM No comments:

Email ThisBlogThis!Share to TwitterShare to FacebookShare to Pinterest
Labels: 360s

Overheard at Booth 5: We All Gone Crazy

sounds like we don't got NO self control any more.

Email ThisBlogThis!Share to TwitterShare to FacebookShare to Pinterest
Labels: 2017, Booth 5 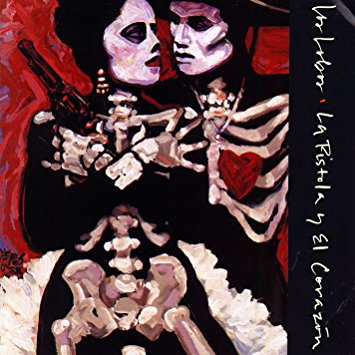 This album is a must-have for any collection, whether you like conjunto, norteño, folklórico o no, you cannot deny that Los Lobos are masters of any style, any where, any time.   Especially acoustic instruments.  A beautiful dreamwork tapestry of Mexican folk instruments and voices that speak for the ancients and the dead.