MR, Poet Laureate of The Z&T 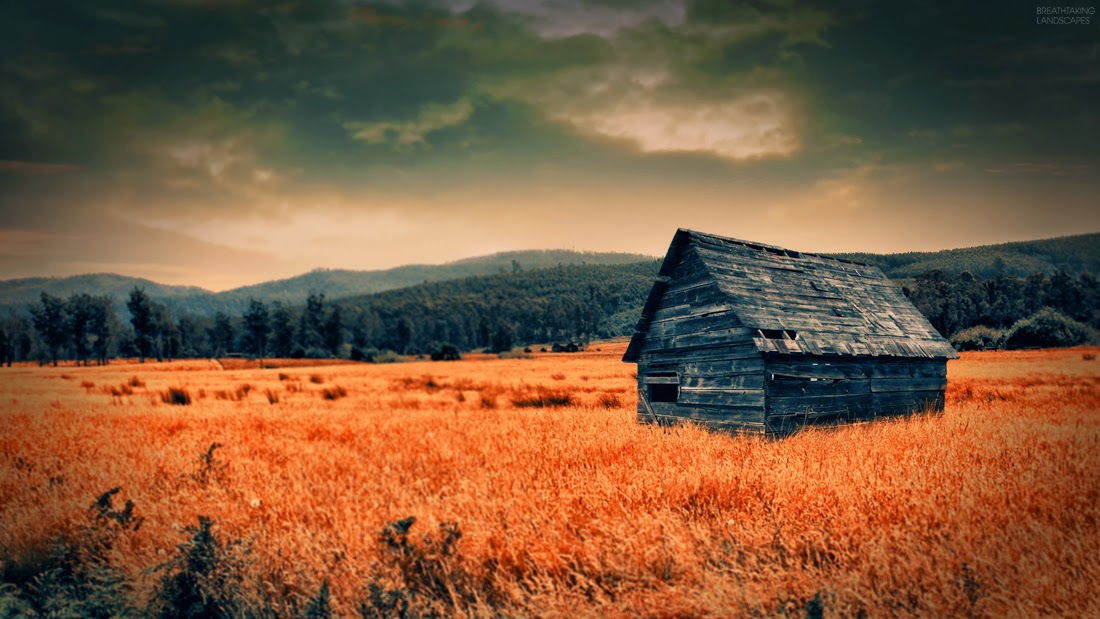 Overread on the Screen above the Counter: This Day in History


Despite a further offer from British foreign secretary Edward Grey to host a peace conference, at 11 AM Austria-Hungary formally opened hostilities against its neighbor. The document pictured here is a notice that appeared in newspapers in Vienna announcing the start of war.

In response, partial mobilization began in Russia. Austria was now pressured by Germany to mobilize against Russia, so it could do likewise and appear to be acting out of defence. Even at this stage, Germany was determined to avoid giving the impression of wanting to turn a local dispute into a continental conflict. 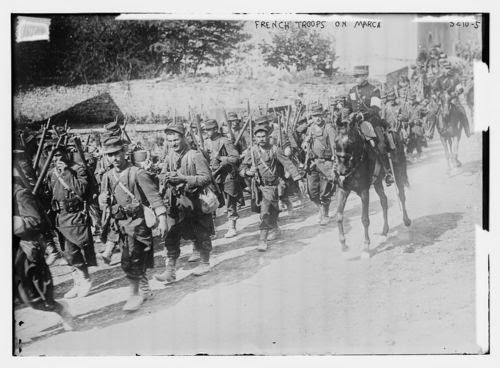 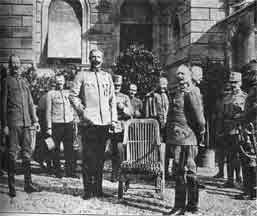 Poem of the Day: The Maigre Crash-Land in Houston Just Before August


The Maigre Crash-Land in Houston Just Before August


They said they were aliens
and they had come seeking meat, but now
must find a front porch to shelter from the heat.


It was Houston, just before August,
that time of years when stepping outside
is akin to putting your face into a bakery oven.


The aliens told me they would only stay an hour,
then they must be on their way,
they pulled pocket watches from their vest pockets.


Their mouths were curled downward
like cartoon upside-down smiles,
they were tawny-skinned and sullen-eyed.


They looked as though they needed meat.
They were so thin only a French word could
truly describe them.  “Maigre” is that word.


So that is what I called them.   The Maigre.
They came to the world to find meat, but
they set down in the right state, but wrong town


at the worst time of year.


The Maigre asked me, “How the hell do you stand this?
Heat like this must completely cook your brains!”

“ Yes,” I said, pulling out my skewer and tongs,
“But it brings me such lovely conversations with
the hallucinations that are you.”

Email ThisBlogThis!Share to TwitterShare to FacebookShare to Pinterest
Labels: 360s

Poem of the Day

LET us drink and be merry, dance, joke, and rejoice,
With claret and sherry, theorbo and voice!
The changeable world to our joy is unjust,
All treasure’s uncertain,
Then down with your dust!
In frolics dispose your pounds, shillings, and pence,
For we shall be nothing a hundred years hence.

We’ll sport and be free with Moll, Betty, and Dolly,
Have oysters and lobsters to cure melancholy:
Fish-dinners will make a man spring like a flea,
Dame Venus, love’s lady,
Was born of the sea:
With her and with Bacchus we’ll tickle the sense,
For we shall be past it a hundred years hence.

Your most beautiful bride who with garlands is crown’d
And kills with each glance as she treads on the ground.
Whose lightness and brightness doth shine in such splendour
That one but the stars
Are thought fit to attend her,
Though now she be pleasant and sweet to the sense,
Will be damnable mouldy a hundred years hence.

Then why should we turmoil in cares and in fears,
Turn all our tranquill’ty to sighs and to tears?
Let’s eat, drink, and play till the worms do corrupt us,
’Tis certain, Post mortem
Nulla voluptas.
For health, wealth and beauty, wit, learning and sense,
Must all come to nothing a hundred years hence.

... gone all these centuries, he understood the flight of his days, and emboldened all to grasp the time at hand.

Dear sir!  Although you are moldy three hundred years hence, we raise our cups and glasses to you and the words of dear rememberence that you have left to us!

Overheard at the Counter: The Three Amigos

Watched the Three Amigos last night with the kids.

They loved it!  I was so worried, though, y'know 'cuz usually when I show them 80s flicks they're like 'what's that?' and 'didn't they have special effects back then?' but they really got into this one, laughing all the way through it.

My favorite is the song when all the critters are singing along.

And the turtle!  "goodnight, Ned!"

And when he shoots the Invisible Swordsmen.

The classics never go out of style! 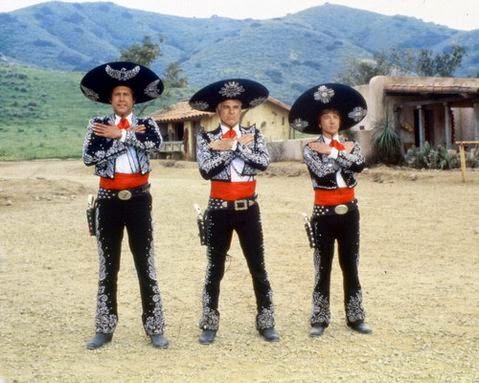 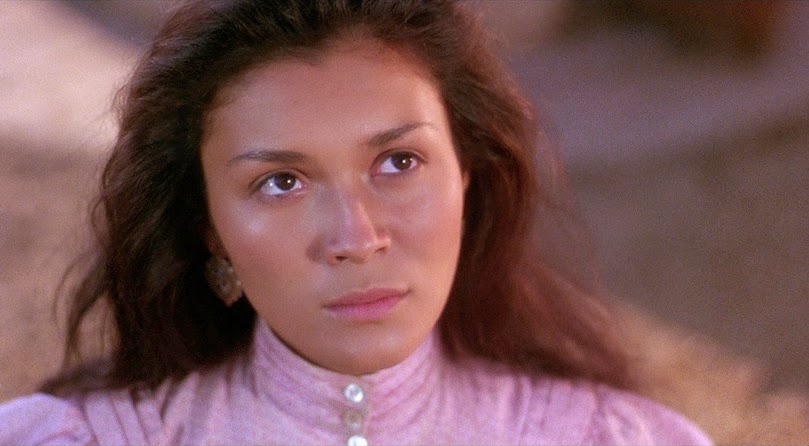 Overheard at Table 3: When Sharks Attack

Billy: ' bout that time of year.

Billy: Got some guy last month.

Joe: Weren't the shark's fault, though.

Jim: It was the guy's fault.

Bob: The shark had been hooked on a fishing line.

Billy: Made the shark reasonably upset.

Bob: What's a shark know about right and wrong?

Billy: That's supposed to be our purview.

Joe: Cut the shark some slack?

Jim: Slack on the line, definitely.

Bob: Probably not a good idea to be fishing for shark off the end of a pier.

Billy: I should text my nephew and let him know that.

Joe: Be a good idea.

Jim: Before he becomes shark bait.

Bob: Always good to end on a little note of irony.

Overread at the Counter: Once

Once,
we floundered, and then our love
was this dead thing, that we dissected
with a pair of pruning hooks on the
floor of the shed out back behind the house.

we did it quietly,
so the neighbors could not hear us over the garden wall,
burying the pieces in various spots in the yard:
under the flower bed,
in the potted plant,
and one tiny shard that I crushed into the soft earth
moistened by the slow constant drip from the
outside faucet that I never could get around to fixing.

then, the next day, we walked out the front
door and you went to the bus station and
I took the car into the city

and no one was ever the wiser.

10 Why standest thou afar off, O LORD? why hidest thou thyself in times of trouble?

2 The wicked in his pride doth persecute the poor: let them be taken in the devices that they have imagined.

3 For the wicked boasteth of his heart's desire, and blesseth the covetous, whom the LORD abhorreth.

4 The wicked, through the pride of his countenance, will not seek after God: God is not in all his thoughts.

5 His ways are always grievous; thy judgments are far above out of his sight: as for all his enemies, he puffeth at them.

6 He hath said in his heart, I shall not be moved: for I shall never be in adversity.

7 His mouth is full of cursing and deceit and fraud: under his tongue is mischief and vanity.

8 He sitteth in the lurking places of the villages: in the secret places doth he murder the innocent: his eyes are privily set against the poor.

10 He croucheth, and humbleth himself, that the poor may fall by his strong ones.

11 He hath said in his heart, God hath forgotten: he hideth his face; he will never see it.

13 Wherefore doth the wicked contemn God? he hath said in his heart, Thou wilt not require it.

14 Thou hast seen it; for thou beholdest mischief and spite, to requite it with thy hand: the poor committeth himself unto thee; thou art the helper of the fatherless.

15 Break thou the arm of the wicked and the evil man: seek out his wickedness till thou find none.

16 The LORD is King for ever and ever: the heathen are perished out of his land.

17 LORD, thou hast heard the desire of the humble: thou wilt prepare their heart, thou wilt cause thine ear to hear:

18 To judge the fatherless and the oppressed, that the man of the earth may no more oppress.

Lucky Moran:  what really bugs me is hearing Boehner talking yesterday about the President wanting $3.7 billion to send the kids back home, and then he just launches off into this tirade about how the President never takes responsibility for his action.

Lucky:  I mean, how in the hell can you turn a border crisis into a personal blame game?

Lucky: just frikkin' nuts, I mean, look at it:  the President and the GOP want the same thing: TO CHANGE THE 2008 LAW AND EXPEDITE DEPORTATIONS!   So why are the House Republicans all "up in his grill" (as the kids like to say these days!) and blaming him for causing the problem?

Otis: you know what I think, my friend.

Otis: it's all because he's black.   These dudes have had their panties in a wad ever since they saw his high yellow skin come traipsing across that platform and the DNC.   They were all secretly rooting for Hillary to grab the nomination, because hell, they all know how to beat down a woman, they know how to manipulate and denigrate women, but a black man?  That's pushing all the secret buttons, right there.

Lucky:  dude, you can't keep playing the black card.   This is because he's a liberal, and the GOP just wants all the power.

Otis: how many times do we have to go over this?  You know as well as I do that both parties are in the same deep pocket.   What you just mentioned, that Obama wants the very same thing that the Republicans want, is absolute proof that this is a personal hatred.   They said they wouldn't agree with a damn thing he ever says or does, and they came out in his first time and laid out the plan.   Nobody does that unless it's personal.   And since he really hadn't had the time in Washington to build up any real enemies, and it can't be because he's a man, it's got to be because of who he represents, and he represents the success of the black man.

Lucky:  even when the black man is dancing to your own tune?

Otis:  they may have to allow him into the band, but they certainly don't like him hogging the spotlight!