Overheard at Table 3: Haiku for Mangalores

Email ThisBlogThis!Share to TwitterShare to FacebookShare to Pinterest
Labels: 2022, Table 2

Sheffield Souter: I don't suppose that's a hamlet in Wales?

Niall: No, but it may be a direct route to Uppingham.

Email ThisBlogThis!Share to TwitterShare to FacebookShare to Pinterest
Labels: 2022, Table 1

Then: reworked as a haiku:

Overheard at Table 2: Who Exactly Got Owned Here?

1: Gas prices are going down faster than yer MOM! White Fragility: Why It's So Hard for White People to Talk About Racism

Most will say this is an "important" book.  It's an important topic, but I would have liked for the book to have delved more deeply into the historical origins for the institutionalized racism that permeates every level of this society.

Yes, it is understandable that the beneficiaries of such a structure will find it difficult to speak of it with any true objectivity; but most of the book is quite repetitive about the simple fact that white people simply CAN'T, without much constructive insights as to how they CAN.   The author runs seminars for this, apparently, and perhaps a walk-through of the seminar that she gives might have helped.

I was, however, very impressed by her articulation of the difference between prejudice and racism.  Whether other people hold to this idea, I don't know, but I'd like to adapt it:  Prejudice is just that: pre-judging someone before getting to know them, while "racism - like sexism and other forms of oppression - occurs when a racial group's prejudice is backed by legal authority and institutional control." (p. 21)

Also: "People of color may also hold prejudices and discriminate against white people, but they lack the social and institutional power that transforms their prejudice and discrimination into racism" (p. 22)

That's powerful!  That is a fantastic breakdown of the intrinsic power imbalance that is entrenched into the entire American system: something that White People are desperately trying to maintain even while it's crumbling under its own weight.

All in all ... definitely a book worth reading and discussing. Twitter is down today!  Yay!  I can finally write that novel! 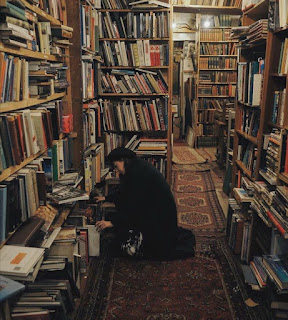 You can find me in my Heaven IRL.

So, what'd'ya do for the 4th of July weekend?

I wrote five songs, two short stories, and an outline for the novel I'll be doing in November for NanoWrimo.