WNRN at Charlottesville NC in 2009, was in reality the back studio room of the Zen and Tao Acoustic Cafe.

a scroll left on the counter

On one long roll of paper, much like the Kerouackian style of novel writing.

We think the poet, MR, had just come in some time when nobody was looking an just left it on the counter, because he was tired of being bugged about working so slow.

Still, though, he's not even out of January yet on his little poetry project.   Lame.


Songs for Poems of the Day


rolling, rolling by, criss-crossing all of America, interconnecting at


this focal point: a motel room with a broken AC and a bed of crumpled sheets.


a touch of mold on the bottom of the shower curtain


froth-tinged water flows through the cracks in the tile to the drain,


a hand, not her own, smooths a bar of soap down her infinite valley.


I Got a Woman


A plaid apron, now tossed against the corner of the kitchen,


the screen door latch hooked neatly inside the circulet,


She opens her eyes but the laundry is still there, stillwarm and


lumped in clumps and heaps upon the table,


She looks out the window, watches as the trees scatter their shadows across the lawn.


Lights from dim houses like moonlight sprinkled through treeleaves.


anathema is a word that you would never use


to describe the snippets of your dreams, or


Ages and ages ago, we used to dance barefoot through fourths of July


roman candles as the laughter of our parents fades into the distance.

(Note: S and M have also covered this song as well, but it has yet to be slated for a forthcoming album)


you can see images of all peoples of the earth in each tapped note.

(NOTE: Verble has taken down this poem and transcribed it onto a napkin that he will paste into his scrapbook entitled "Zen and the Art of the Acoustic Guitar")


the trees explode in their last annual glory, spilling


all their colors across the glass of your passenger window


Ripped up vans on the streets of new york


boots on the wet streets of Dublin


fists once were raised in the air, against

the backdrop of sootwhite smoke belched from factories,


hideous and hated when they still fumed,


and achingly missed when finally stilled.

Email ThisBlogThis!Share to TwitterShare to FacebookShare to Pinterest
Labels: 2013, 360s, Counter, S and M, Zen and the Art of the Acoustic Guitar

Overheard at Table 2: Evidence of our Innate Savagery

He pulled a photo out of his jacket pocket.   I don't know why he carried the thing around, but it must have meant something to him.   Something important.   What history the picture carried for him I'll never know, but I do know I will never forget how he slapped it down on the table in front of me, nearly spilling my coffee as the picture smacked the woodgrain. 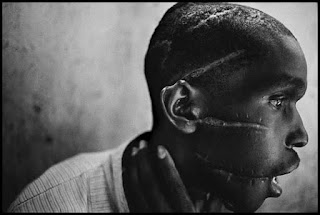 "we have absolutely NO pretense to call ourselves 'civilised'."

And I have to admit, staring at that photo, for long uncountable moments, I had to agree with the old man.

These lyrics are soooo disturbing on a deep reading, because they seem to be indicating that the narrator is somehow secretively spying on the two lovers.   Perhaps he is a former lover?   Or perhaps he is simply a voyeur.   Either way, he is a poetic voyeur, but there is something darker to the lyric.   I've asked my class to delve deeper into it and produce a paper on the deeper meaning behind the song.


A Poem for the Song of the Day
one foot peeps out from underneath the bedsheet
there are cracks in the paint on this windowsill,
as my breath fogs the outside of the windowpane.
Posted by zen and tao at 5:50 AM No comments:

I'm glad we come here and not to Starbucks.

Did you hear that Starbucks doesn't serve the military?

No, I heard it from a friend who heard it from his brother who served in Iraq.   He said that his sergeant told them about how a few years ago Starbucks insulted the military, saying they would never serve coffee to someone wearing a US uniform.

Here, look at this, I just pulled up Snopes.com

I didn't know that.

Well, now you do.

Well . . . I wonder if this place would send coffee to the military?

[as if on cue, Verble Gherulous, proprietor of the Zen and Tao Acoustic Cafe, arrives at the table to say]:

We don't refuse service to anyone.   But we don't send coffee halfway around the world either, because one, we couldn't afford the shipping costs, and two, it'd be cold by the time it got there!

Overheard at Table 1: Poem for the Song of the Day


Your front door opens out onto a clean porch in some new springrain, cleaned
by breezes that whisper the comforting theosophy that
all bad things will only ever happen to other people's children, far far away. 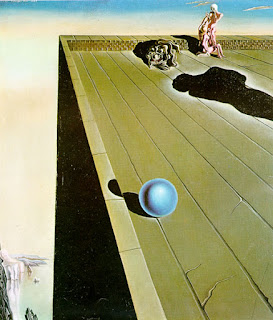 Sticker smoothed onto the woodgrain of Booth 3 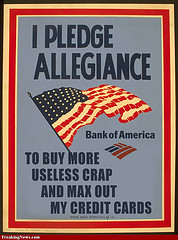 Someone had printed this sticker, about the size of a paperback book cover, and had smoothed it into the wood surface of Booth 3.   Verble has decided to leave it.   He feels that it is an acknowledgment of what we need to rebel against - and the surrepticious placement is evidence of the strangled voices of the Cultural Resistance.

That, and he thinks it just looks cool and is darn funny!

Overheard at the Counter: Thought for the Day

Thought for the day:


It is as absurd to say that a man can't love one woman all the time as it is to say that a violinist needs several violins to play the same piece of music. ”

I don't really know what I'm doing any more, I get to work and I can't really focus, because if it's not managing the asset depreciation it's working on four years of deceased claims, then I have to train my staff on their GL recons, because they've been working in reverse for ten years.  Then there's these debit card posting outages that happen every other day for the past six months that neither our core nor our card processor can help with - they keep blaming each other.  Then my COO is completely down my shirt because she tells me to my face I don't have the skills for this job,

then I get home and my kids are always punching each other and making dents in walls and my wife is telling me that I don't give her what she needs and she says our love life is stale, and then she wants to quit her job and start her own house-flipping business, and then she talks to one of our church friends who works in the oil industry and so now she wants to take $10,000 in classes to become a facilitator/inspector, and then every day I gotta rush to pick up my son form track, even though he shouldn't even be doing it because his grades are in the tank,

and on top of all that, I forgot to walk the dogs last night, so I get up this morning and there's shit all over their cages and the all over the floor!

Email ThisBlogThis!Share to TwitterShare to FacebookShare to Pinterest
Labels: Table 5 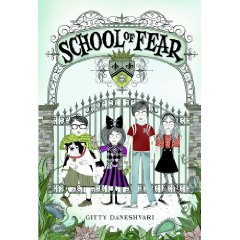 Overheard at the Counter: Song of the Day

Van Halen
Could This Be Magic?

Van Halen's version of a pub ballad.   Shows fantastic acoustic guitar work by Eddie, who - don't laugh now - would have made a fantastic classical guitarist.    I can imagine him playing anything by Tárrega ... I can hear his rapid fire style just bringing those pieces to new fire!

MR says, "OK Verble if you stop doing my job, here, and lemme gittdownta bizness, I got some lines you want me to penscribe here, so . . .

If I told you I sailed out tomorrow,
Would your eyes they fill with such sorrow
That you would bring me a beer
And sit beside me, my dear,
And present me your maidenhead to borrow?

[a pause a the café]

Verble: "maidenhead to borrow."  You don't borrow a maidenhead - you take it -

MR: What do you know?!  Philistine!   The narrator is ASKING to borrow it - that don' make no pretense that izz actually real.   He knowzzit - but the GIRL don' knowzzit!   See?

Verble:  [walking to the back] Still doesn't scan right.

Otis Redwing:  If you wanna turn it into a pub ballad, you could give it a refrain, something like "Sail away with someone's daughter"

Otis: Hey, don't get bent.  I'M not the poet here - HE is!   and right now it looks like he's chewing the counter.

The Barista comes down the counter with a rag and a new mocha and says, "As Oscar Wilde once wrote 'a poet can survive anything but a misprint'"

Email ThisBlogThis!Share to TwitterShare to FacebookShare to Pinterest
Labels: 2013, 360s, Ballads, Lucky Moran, Zen and the Art of the Acoustic Guitar

Ian Anderson is brilliant every time he plays at the Zen and Tao Acoustic Café - his wild-eyed performances simply capture the emotion of this place.   Enthusiastic, spastic, acoustic!

Overheard at Table 3: Christians and Evolution

"Wife had the radio on this morning to the Christian station and they were going through all the skeletons and skulls and debunking evolution, showing how none of these puzzle pieces really fit and all that, and they were talking about how serious it was not to take anything over the literal interpretation of Genesis, and I get all that - I really do - but don't you think it's a better use of our time to get out there and show people what the Love of Christ can do, rather than all this fighting?"