Overread at Table 1: A Triad

MR says, "I gotsum three pomes here, whathaveya -  still working my way through Janero, and I puttum all together tho' and when I re-read'em I thought 'boy, wonder what I was thinkin'uv!?'  (insert 'hehhehheh' here."

POEMS FOR SONGS OF THE DAY


Poem:
Windowsill, half-cracked open, and outside:the big’ol 18 wheelers
rolling, rolling by, criss-crossing all of America, interconnecting at
this focal point: a motel room with a broken AC and a bed of crumpled sheets.


Poem:
a touch of mold on the bottom of the shower curtain
froth-tinged water flows through the cracks in the tile to the drain,
a hand, not her own, smooths a bar of soap down her infinite valley.


Poem:
A plaid apron, now tossed against the corner of the kitchen,
the screen door latch hooked neatly inside the circulet,
Potatoes left boiling in the forgotten cooking pot.

As you described your mastectomy in calm detail
and bared your chest so I might see
the puckered scar,
"They took a hatchet to your breast!" I said. "What an
Amazon you are."

When we were girls we climbed Mt. Tamalpais
chewing bay leaves we had plucked
along the way;
we got high all right, from animal pleasure in each other,
shouting to the sky.

On your houseboat we tried to ignore the impossible guy
you had married to enrage your family,
a typical ploy.
We were great fools let loose in the No Name bar
on Sausalito's bay.

In San Francisco we'd perch on a waterfront pier
chewing sourdough and cheese, swilling champagne,
kicking our heels;
crooning lewd songs, hooting like seagulls,
we bayed with the seals.

Then you married someone in Mexico,
broke up in two weeks, didn't bother to divorce,
claimed it didn't count.
You dumped number three, fled to Albany
to become a pedant.

Averse to domesticity, you read for your Ph.D.
Your four-year-old looked like a miniature
John Lennon.
You fed him peanut butter from your jar and raised him
on Beowulf and Grendal.

Much later in New York we reunited;
in an elevator at Sak's a woman asked for
your autograph.
You glowed like a star, like Anouk Aimee
at forty, close enough.

Your pedantry found its place in the Women's Movement.
You rose fast, seen suddenly as the morning star;
wrote the ERA
found the right man at last, a sensitive artist;
flying too high

not to crash. When the cancer caught you
you went on talk shows to say you had no fear
or faith.
In Baltimore we joked on your bed as you turned into
a witty wraith.

When you died I cleaned out your bureau drawers:
your usual disorder; an assortment of gorgeous wigs
and prosthetic breasts
tossed in garbage bags, to spare your gentle spouse.
Then the bequests

you had made to every friend you had!
For each of us a necklace or a ring.
A snapshot for me:
We two, barefoot in chiffon, laughing amid blossoms
your last wedding day.
Carolyn Kizer
Posted by zen and tao at 12:32 PM No comments:

Michael Hedges at the Z&T

Yes, I know the video is actually from the SIR sound stage in LA back in the 80's.   But again - wherever acoustic guitar music is played, it's played at the Zen and Tao Acoustic Café !!

Michael, you are SORELY missed!!!


By the way, the LARGE auditorium is actually not "inside" the café - it's out back, where you can take your coffee and stretch out on the green rolling hills, or deck chairs, or whatever we've got out there at the time.

MR says, "OK, so Verbie overdere sayeth that his song of the day for January 13th was Emmylou Harris and Daniel Lanois singin' 'May This Be Love' - so lemme jes'put my top-n-bottom eyelids togetter here an lessee, an'

Shadows knit together such unruly scratches, they are the prickles of
dried twigs, hurriedly enlaced to form snares, a badly-made cage
to catch unwary fickle dreams unawares.

In the nuance of her smile all the firey Fates descended
and howled among the foreign shores where my memories pretended
at playing the Knave, the Harlot, the King and Parliament, and ended
with a last gasping surrendering breath, my very life up-ended.

MR reads the poem while slumped in the Booth 2, one boot on the table top and the other hanging off the edge.

The day was the 10th of January, and Verble's song of the day on that day was Eric Clapton's "Give Me Strength" - a strong, yet humble, cry out to GOD for gentle arms to pick up our tired bodies, our aching souls . . .


He put his hand on the splinters of the door frame to steady himself.
The house was quiet now. No car in the driveway. No dinner on the table.
His bootprint lingered  on the middle panel of the open door.

The song of the day for January 9th of this year was the incredible "For What It's Worth" by Buffalo Springfield.

we learned some lessons then, but sadly, we forgot to teach them to our children.   They are now trying to learn them on their own, and the only guidebook they have is our distorted electric feedback psychadelia.

for what it’s worth, the revolution must evolve, the boots


on the ground never change, only their names, but we are constant


tectonic plates, in dire need of grinding ourselves into new volcanoes.

Another song of the day: Lester's Methodone Clinic

But anyway, let's get underwearway and get January all cottup . . .

Poem:
footsteps sneakershoed slaptapping the hard concrete
turn the corner and the brickstone becomes some bright
new world with the wind that brings down the sun to the street.

Poem for Song of the Day

Of Monsters and Men
Little Talks

and the poem was this:

I like hearing you, here, having your
most exceptional body exceptionally close to mine:
one beat of your heart pushes all life through my veins.

and the video is as such:

This is Iris Dement with Emmylou Harris performing on the small stage of the Zen and Tao Acoustic Cafe . . . we generally have it decorated like a living room to give it a more homey feeling.

If my wife would let me, I'd build what looks like a rickety porch off the side of the cafe . . . but she says that's just TOO darn cheesy.

Email ThisBlogThis!Share to TwitterShare to FacebookShare to Pinterest
Labels: S and M

M: I don't even really see the point of grounding her if you're never going to stick with it.

F: It was two months!

M: She pushed her brother through a plate-glass window!

F: She'd been cooped up in the house for a month.

M: That was part of the punishment.  That YOU set down.  If you're not going to follow through with the guidelines that you set down, then what's the point of doing it at all.

F: I think you're going a little overboard.   You wouldn't be so strict if she was really your daughter.

M: Oh, this again.  Listen, how long have I been with you and the kids?   Ten years now?  Ever since they were in first grade.   Yeah.  Yeah.  I think I've put in some time here.

M: Enough to have an opinion on how they're going to be raised, yes.   Yes, I really do.

F: Well, I'm going to raise my kids how I want and if that means I say one thing and then change my mind then that's what I'm going to do.

M: OK.   Tell that to the boy next time his sister pushes him through a window.  Next one might be on the second floor!

Neil Young at the Zen and Tao Acoustic Cafe.

Yeah, I know what it says.   It says WTTW from 1992.    But anywhere acoustic music is played, it's played at the Zen and Tao Acoustic Cafe.

Email ThisBlogThis!Share to TwitterShare to FacebookShare to Pinterest
Labels: S and M, Zen and the Art of the Acoustic Guitar


Song:
Temptations
Can’t Get Next to You


Strange song to be playing over the speakers as he and his wife wandered
through the antique store; he looked at her and remembered the first time they heard
it: pants around their ankles in the back of his cherryred mustang.

Woman: I'm sorry but Jesus said you just can't do whatever you want.

Man: Actually He did.   He just said IF you want to follow Him you've got to carry a different burden.

Woman: Well, I don't know what all you mean by that, but He definitely said you'll go to Hell if you're gay.

Man: Sorry, Ma . . . but the only people He ever explicitly said could NOT be saved FROM hell are the greedy and the rich.

Trying to save 11,000 kids from getting asthma apparently translates into trying to destroy America. 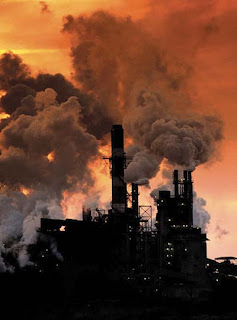