Holy moley that was bloody carnage filled graphic novel butcher film.  Somewhere along the way, the hitman is facing redemption.  Typical movie about the "top assassin" who just wants to get out of the biz, so now he has to murder 100 to 200 other hitman (his former colleagues) as well as the usual "fill their breach with our security guard dead" nameless extras.

Oh yeah, and there's some girl who will be his redemption.  Whatever.  And his former boss is some sort of caricature between Glenn Beck and Elton John, who tortures him and pokes out our assassin's eye just for spite, but the moment our assassin gets out of his chains, the sadistic boss runs like a frightened rabbit.

So yeah, if you want buckets of blood, watch it, but if you like that sort of movie, it's nothing that you haven't seen before.   Rewatch Sin City if you want to see something of better quality 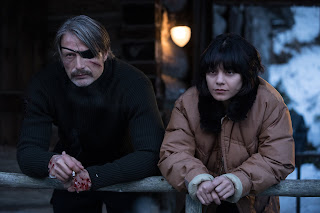 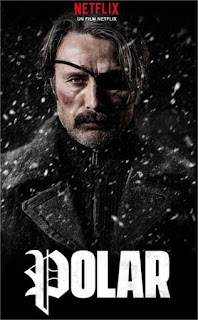