OK, so, after Disclosure, my wife wanted to see Just One of the Guys, which was a movie I had missed in the 80s... I think that was in the middle of my second marriage, which might have been the year things started going sideways, but that's another story for another time. 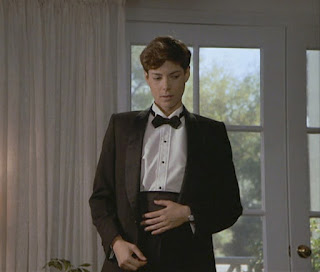 So, I watched it with the eye of watching the viewpoint of how it offended the transactresses on Disclosure, and as I said at the other table, not being part of the LGBTQ community, I only saw it as nothing more than a pretty cute, but badly acted, loose adaptation of Shakespeare's Twelfth Night. 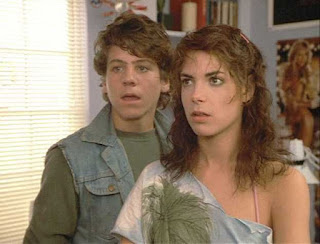 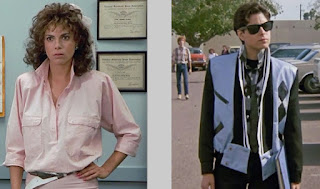 I think what the transactresses had been offended about was the idea that she was only a "real" woman is exposing her breasts.   But for someone who is cis and not trans, I only saw that scene as part of the storyline, to show the straight male love interest that she was not a gay man but in fact a straight woman.   I do admit that my inability to understand how this might offend or make someone non-gender conforming uncomfortable comes from my privileged upbringing.

I WILL, however, say, that I noticed one kicker at the end of the movie.  OK, so our main character, Terry, has gotten rid of the asshole boyfriend who thinks her wanting to be a reporter is merely a "hobby" and she offended her love interest, who is a decent guy, but is hurt because she had pretended to be a man .... the point being is that he was offended not by her transvestitism but because she lied to him ... at the end of the movie, when he comes to apologise for being a jerk, she accepts, and then invites him on a date on Friday.

Now THAT is a bomb blast that just totally exploded the movie for me.  She got rid of one overbearing jerk ... for another?

That was essentially saying, "We can be romantically involved but only so long as we continue the established roles that are inherently inequitable."

Basically, "Me Tarzan You Jane"