MR: I think we truly become adults at two events. One is when our first child is born - (and some of us, not even then) - but another time is when we realize that before we came along, our parents had hopes and dreams for the future and did stuff that was actually cool.

Niall Carter: My parents were total wankers while I was growing up. It was only after they passed that I was looking through their stuff and saw that they had been environmental activists. Like, chaining themselves to bulldozers and trees and "Fight the Man" stuff like that.

MR: My mom had gone to college to study Parapsychology.

MR: But my dad was even cooler. Drag racing. He used to drag race in the early 70s. '68 Dodge Dart. He said he loved that car. I asked him what happened to the car. He said mom made him sell it when I was born.

NC: She was probably concerned that she would have to contact him on the other side of the grave. 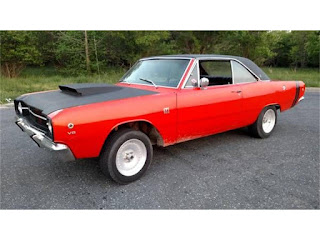