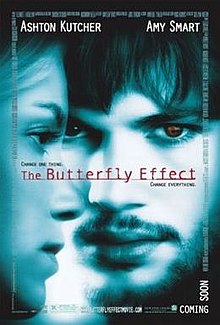 Also, I was worried that she wouldn’t like it. I remembered that it was a time travel movie, complete with changing timelines and usually she hates that.

But she didn’t. She wanted to see how the story ended.

I thought the hooker-junkie scarfaced version of her was a little over the top, but then I find that role is a stereotype … although she wonderfully delivered the line, “the one problem to your story is that no way in hell, in ANY version of reality, would I be in a sorority!” 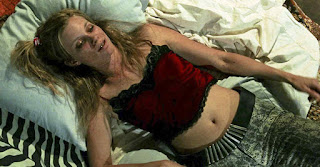 She also spotted that Asthon Kutcher’s friend Lenny was the Historian in the TV series Travelers. 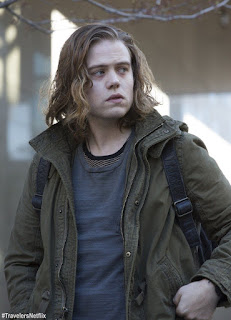 However, when I double checked that, I found that wasn’t quite true: The Historian in Travelers is Reilly Dolman and Lenny in Butterfly Effect is Elden Henson. But that’s OK: to my wife, all us white guys look the same. 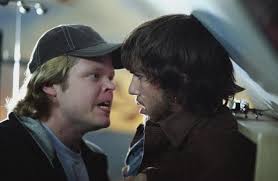