The Marc Pease Experience is vaguely uncomfortable, but that's its brilliance.   Unfortunately, the discomfort leads it to be not as funny as it should have been, it's in that gray area, in which it is not quite a black comedy, but it is nowhere near being a straight up comedy.

The actors, however, are very well-suited to their roles:  Schwartzman as a 20 something who simply does not get that his dreams of being a professional singer are never going to materialize, and Stiller as the high school music teacher who is schtupping Schwartzman's 18 year old girlfriend (she's that girl from Twilight).  In fact, Stiller has just the right amount of sleaze and arrogance - shown how he avoids Schwartzman and his casual dismissal of the girl), yet in it is the touch of pathos.   How pathetic his own life is - as a rather talentless music teacher himself. 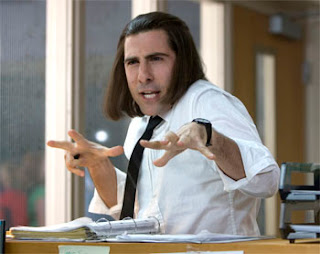 Personally, I would have liked to have seen more of the vocal group.   Schwartzman leads a quintet of singers - down from an octet, which they had when they graduated high school.   In the one or two scenes, there seemed to be some hints of some history there among the singers, their different expectations.   These are people who have been caught up in Marc Pease's dream so much that they have not yet gone on to start their own lives - they're too busy following his.   And he's living this pipe dream.  It is so sad.   I would have loved to have seen more of the vocal group, and their dynamic.

Still, Anna Kendrick is the only one who makes it out of this movie with her character unscathed, and possibly with the brightest future.  She tells off Stiller and Schwartzman, ultimately a gentleman, lets her go, so that she won't be tied down by his failure.

Sweet, sad, tragic disaster we make of our lives sometimes.  That's what this movie shows so well. 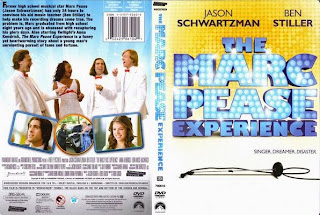