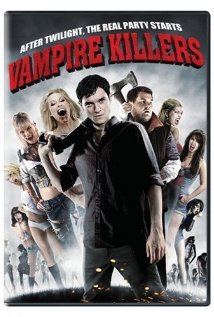 Niall Carter calls out to Verble from Booth 3, which he is sharing with John Steppenwolf:  Hey, I've got one even worse for you - Vampire Killers!

Verble:  Saw that one too.   I'd say that's a cut above Savages.

Niall:  It's like the writer got Evil Dead 2 and Shawn of the Dead mixed up with every forgettable vampire movie ever made in the 80s.

John Steppenwolf: At least it's set in England.  That was cool.

Verble:  And it had a couple of good lines.   But I'll admit, it was pretty weak, even by B-movie standards.

Niall: All I know is that the LBGT community should be outraged.   These guys claim they're out to rid of the world of "Lesbian Vampires" - what, they're not gonna kill "Straight" vampires too?   Aren't they going to be equal-opportunity vampire hunters. 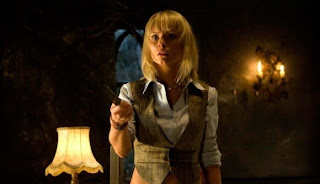 John: You're right.  To single out one group is a human rights violation. 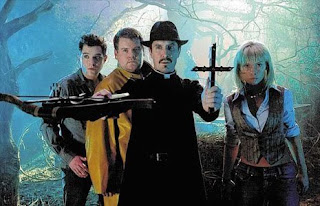 Verble: Except that they're undead.  Are they even protected under human rights laws.

At this point, the Barista takes off her apron and says, "If this is where the conversation is going, I'm clocking out early for the day!" 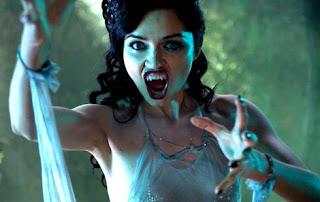 After she heads toward the back, John Steppenwolf says, "I kind liked the vicar.  He was sorta cool."