Overheard at Table 3: Email from a Castle in the Scottish Highlands

Me again ... still nothing, but I'm just going to keep emailing you, hoping that you'll get these and reply.  Got no one else to write to any more.  No one that I'd want to anyway.  Mom and Dad are gone.  Grandad's - well, he's Grandad.  Don't know if you're still not talking to Aunt Maeve and Uncle John, and our cousins, yeah, you remember all that went on.

Shit, when I actually write it down, it does kinda seem like I'm the odd one out.  Hell, haven't even spoken to YOU in fifteen years, so maybe you are just ignoring me.  I can totally understand that.  Well, if you're getting these, even if you don't respond, at least you'll know what's going on with me and maybe that'll help.  At least, I think it helps me to write these emails to you.

For example: this castle.  OK, I've been here a month now, and I swear, this castle actually plays tricks on me.  I think I know where everything this is, and then I find myself in different rooms that I don't expect to find myself in.  It's like I will walk through a door that I know should open into the Library and then suddenly find myself in a bedroom, or go toward the kitchen and wind up in the Library.  Doesn't happen ALL the time, maybe once every other day, but enough to be noticeable.  It almost feels like the castle is having a bit of fun at my expense.

One embarrassing moment was when I was wanting to go into the study and somehow found myself in the downstairs bathroom, and there's Essex, sitting on the toilet, in full gear (by gear, I mean, he walks around in leather straps, bottomless chaps, studded collar, the full outfit.  Don't know if I've told you that) and so you can imagine what it looks like when he looks up from his copy of "SPANK HARD" magazine and shouts, "ARE YOU HERE FOR YOUR GOLDEN SHOWER?  I STILL HAVE ENOUGH TO SHOWER YOU WITH SUCH DROPLETS OF SUNSHINE THAT YOU WILL FEEL WARMTH AND LOVE!" and I'm like, "Uh, no sorry, dude, wrong room" and I shut that door SO FAST and got the hell out of there.  I still don't know if he's joking or not ... but I'm scared to find out!

And I haven't told you much about Vasiliya, the maid.  There was one time I was wanting to get something out of the pantry, and for some reason found myself in the Library, which has these beautiful bay windows, and there was Vasiliya, and I don't know how to describe it, but it looked like she was STRETCHED all the way to the top of the window, with a duster, dusting the corners.  As though her torso was stretched ... like the guy from the Fantastic Four or Plastic Man.  And then, it was like she heard me walk in and suddenly, she was normal height again.  In a snap!  Split-second.  Happened so fast that I'm not sure I even saw it right, as though it was maybe a trick of the light. 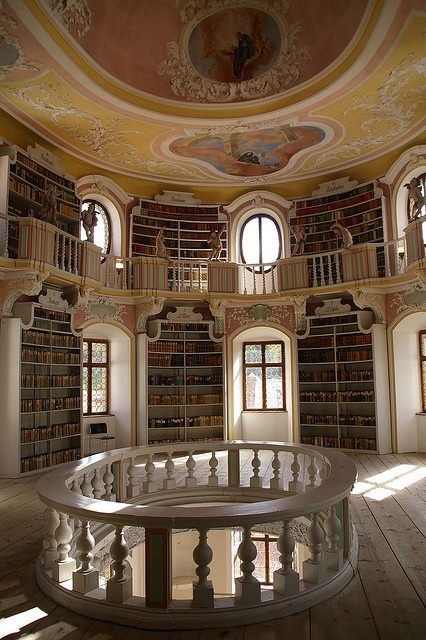 And today, when I actually was intending to go to the Library, I wound up in the study, and there was Lara, the Baroness, on the floor against with some riding boots and fishnet stockings, and then the Baron was sitting on a chair, and he was holding a pair of six-inch stilettoes, dangling off one finger, as though he was enticing her with them, but she just seemed to want to lie on the floor looking at her boots, and he was wanting her to put on the shoes.   And they were both bathed in light from the open window and it was a - a quiet scene, I guess you would say.  To me, they seemed to be moving slowly, if at all, and the shadows made it look like a Caravaggio painting.

Then they both looked at me and smiled in a strange way, as though I had walked in on something intimate that they wanted me to be a part of.  As though they, and the castle, had brought me into this room, at this moment, and at the other rooms at THOSE moments, to ... I don't know ... to SHOW me this.  All this.   As thought the Castle is slowly TRUSTING me more, or maybe ... testing me to see how much I can absorb.

Sis, I suppose I am writing all this to you because you are the only person I know who would really understand this.  You have always been really up on this kind of stuff.  You should probably be here instead of me.  You'd know how to process all this.

Well, so this is me again, sending out this plea that if you get this and have any sort of advice for your little brother about all this, please shoot me those nuggets of wisdom!  Until then, I'll keep writing, because at the very least, it helps me get everything organized in my head.