This is what our compliance officer sent out this morning, here, read this:


Here are a few humorous stories about fathers…


My father was completely lost in the kitchen and never ate unless someone prepared a meal for him. When Mother was ill, however, he volunteered to go to the supermarket for her. She sent him off with a carefully numbered list of seven items.

Dad returned shortly, very proud of himself, and proceeded to unpack the grocery bags. He had 1 bag of sugar, 2 dozen eggs, 3 hams, 4 boxes of detergent, 5 boxes of crackers, 6 eggplants, and 7 green peppers.


My husband was a new dad and our son was 3 months old. We took the baby with us to watch a movie and half way through noticed a strong smell. The baby needed changed. My husband offered to take him and change him in the men’s room. But after about 20 minutes, I began to get worried. Just as I was going to look for him he came back in the theater wide-eyed and frazzled, pushing the stroller.

“What happened,” I asked.

“Oh, ok.” (It was at this moment I looked down and saw that our tiny son was wrapped in brown paper towels from the bathroom machine. No pants or shirt on, just a diaper. MacGyver had come out in full effect and our child was now wearing paper towel baby wear).

“No, you don’t understand. I went to change him and put his new outfit out on the table. He started to pee again with his diaper off, on his clean clothes, and then he pooped on the wall.”

“I have no idea but it happened, all over the wall. It shot out like mustard,” he said with exhaustion as if he just fought a battle.

As I was looking at the horrified look on my husband’s face, laughter started to bubble up. Then it overcame me and in the middle of the movie, I completely lost it and could not get a grip.

Every Day is Father’s Day


One morning my four-year-old son asked my husband, “Why are you making Mommy breakfast? Is she sick?”


Mother's Day is a much bigger deal because Mothers are more organized. Mothers say to their children, “Now here is a list of what I want. Go get the money from your father and you surprise me on Mother's Day. You do that for me.”

For Father’s Day I give each of my five kids $20 so that they can go out and by me a present… a total of $100. They go to the store and buy two packages of underwear, each of which costs $5 and contains three shorts. They tear them open and each kid wraps up one pair, the sixth going to the Salvation Army. Therefore, on Father’s Day I am walking around with new underwear and my kids are walking around with $90 worth of my change in their pockets.

You can tell it’s almost father’s Day… the kids suddenly want to stop at all the garage sales.


“Let’s not talk about such things at the dinner table son,” his father replied.


After dinner the father inquired, “Now son, what did you want to ask me?”


“Son, if you keep pulling my hair you will have to get off my shoulders.” 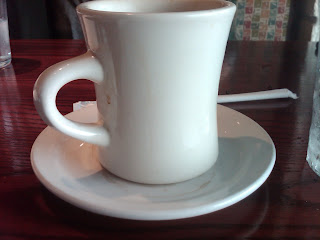