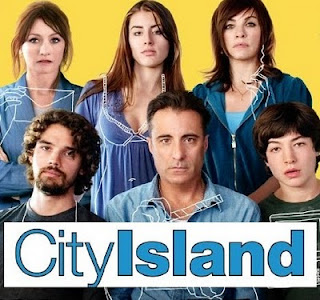 Brilliantly acted, I thought, every single one.

I didn't think it was vulgar enough.

What do you mean by that?  "Not vulgar enough"?

They didn't curse as much as real people do.

Eh - it was a family movie.

I suppose.  But it just didn't strike me as real.  Especially the con.  We would have totally done the wife.

Loved the bit where the guy went for the tryout and saw his acting teacher, there in the long line that stretched around two city blocks.  That was cool.  Total irony.

And what about the acting partner - didn't see that comin.  I thought she was totally just going to try to have an affair with the guy.

Guess it just shows no one's ever really what they seem.  I think that's what they were trying to say.

Guess you're right.  So, is this where you tell me who you really are?

What do you mean?

Well, aren't you gonna confess that you've been sneaking around, smoking behind my back?

Like you haven't been blowing twenty bucks a week on Lotto tickets?