Songs from the Wood

"This one is a double frame," Verble tells me proudly, "I actually had to hunt down a SECOND album cover for this one, so I could put them both side by side. Originally I'd thought to have a frame where I could just flip it around, like that Kandinsky that Donald Sutherland was so proud of in Six Degrees of Separation, but instead I thought it'd be better like this, since all I'd need to do is just put it up once and be done with it . . .

"but this album is a spectacular example of dangfine acoustic music - and the epitome of Jethro Tull's earthy middle English sound - lyrically he's a genius, but this album, even though I bought it originally in the cutout bin, is really the best showcase for his mastery of the acoustic guitar. And the reason why this one is special for the cover is the back cover has a tree stump with a turntable needle - see? The rings of the tree? They're the grooves of a vinyl record! Is that just the coolest or what?" 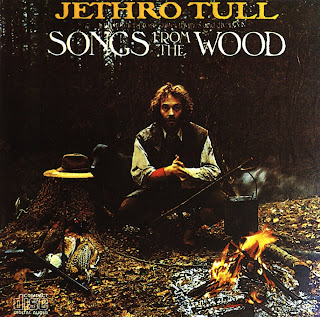 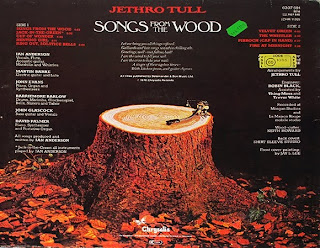