My son took me to this movie to show me that he thinks I'm cool again.
Or maybe because all his friends were out of town this weekend, I don't know. 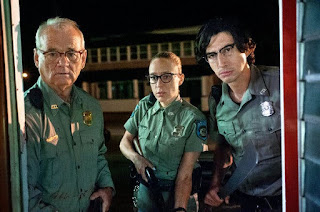 But either way, he sprang for the tickets AND for the treats, so that was awesome. 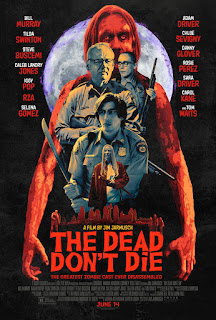 There's really not much to tell about the movie, because again, if you know Jarmusch and zombies, you'll know what you're getting.  He delivers.  That's all you need to know.

I really like Adam Driver as a total deadpan actor.  He's the best at that.   He sucks at any attempt at emotion (like a whiny Sith lord.) But here, just like in Paterson, he's absolutely fantastic.

All the other actors are also at their deadpan best.  Only Selena Gomez and Chloe Sevigny can't help but relay some true emotion.   I don't know if that was intentional on Jarmusch's part, or if they simply can't be wooden, but it was a nice contrast to the nihilism.

My son had the best critique of the film.  He said, "I think that's kind of like how a zombie apocalypse would be.  Just sort of like, 'Meh.  Oh well, the world's ending'." 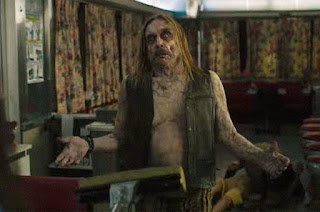 guilty secret: I want that hat!!