Overheard at the Counter: Thankgiving 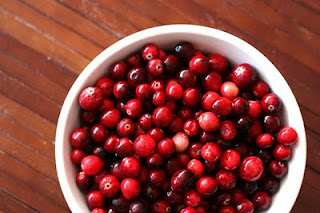 Steppenwolf: Listen, Thankgiving as we know it is a complete fantasy.

Niall Carter: No way, man. There is a long and rich history behind it.

Niall Carter: How do you know? Were you there?

Niall Carter: The complete lack of evidence to support a position does NOT preclude the opposite position.

Steppenwolf: Exactly. Which is why you can not say for certain that there is a long and rich history, when there isn't.

Niall Carter: And neither can YOU assume that every extant contemporary text was fabricated only recently in order to establish a fabricated position of a historical origination to support a current cultural tradition.

Lucky Moran: When you two stop this lover's quarrel, will you tell me exactly what it is that you're fighting about? Thankgiving itself? Or the white/Indians thing? What?

Niall Carter: Steppenwolf here swears that there were no cranberries at the first Thankgiving.

Steppenwolf: And Niall here foolishly believes that there were.

Niall: There were. It's in John Smith's diary.

Lucky (to the Barista): They do this all the time?

The Barista: Every year. Same argument, I hear. Verble says it only stops when he finally plays Alice's Restaurant on a loop.
Posted by zen and tao at 4:50 PM