At the Counter: Announcement for 2012 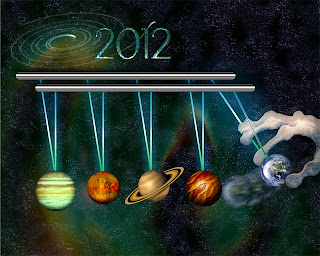 Here is my prediction, but I'll forewarn you, it's a sad one, and I pray to God in Heaven that I am proved wrong.

That America, frankly, only existed for a short time, if it existed at all, but it was an image we had of ourselves, and next year is the year that it's gone for good, because next year is when America strips away this ideal that all who come here can have a better life just by working hard, next year America will finally reveal itself that if you ain't the CEO, you ain't squat under a bootheel, when America will finally show itself as venial, mean-spirited, and mediocre.

This is because next year the Republicans are going to win the election - by at least 60%. They will win the election because of two main factors: The investors will keep the stock market weak throughout 2012, and there will be no great gains in the economy. The economy will be kept weak by these serpents, because they want unemployment to remain high. This is so they can keep attacking the President and show him to be ineffective, which he is, but only because he tried to work across the aisle.

The other reason is that the Health Care Reform comes up before the Supreme Court in June. They will unravel the entire thing, simply by ruling unconstitutional the power of Congress to force each citizen to purchase health care. When they do this, the whole thing is gone, and not only will your sick children now no longer be able to get their medicine, the Health Insurance companies will now jack your rates so high that the only medical care you will EVER receive is a gauze pad from a bored ER nurse when you arrive on the doorstep hemorraging from every pore.

When the Health Care law is repealed, the Republicans will tell America, "Told you so! We told you guys that you didn't want affordable health care, and now we will make sure you never get it!" And then, the ONLY accomplishment of any real value in this presidency will be gone.

Our president may as well not even run. This year is going to be an embarrassing slaughter of immeasurable proportions.

I'm sorry to have to give you this news, and again, I pray that I am wrong. The only consolation I can give you is that the coffee is on the house today.

So drink well, my friends, you will need to be fortified for the days ahead!
Posted by zen and tao at 6:37 AM

Email ThisBlogThis!Share to TwitterShare to FacebookShare to Pinterest
Labels: 2012, Counter