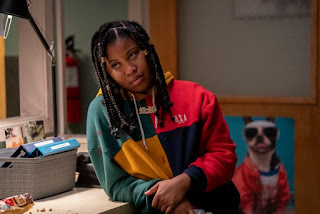 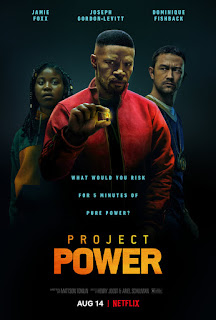 OK, apart from the cheesy title, this is a decent little movie.

Sure, there are going to be haters ... people who will think that it's lame or re-hashed or thinking that every time there is something about New Orleans or black kids then it has to be about drug dealing.

There will be "why does it have to show everyone as poor" blah blah blah.

But the one thing they won't be able to say is that constant rattling on about the "White Savior" because the only white guy in this movie who is heroic is Jason Gordon Levitt, and even though he wants to be the savior of New Orleans, he is not.

That is up to Dominique Fishback, who plays Robin (note the "Batman and Robin" reference about midway through - nice touch!) who can rap.   I mean, she's really good.  And even though Jamie Foxx calls that her "superpower" it remains just as a wonderful part of her personality and which shows her intelligence and strength of character, and nothing more than that ... which is refreshing.

Worth watching.  Action buffs will like the exploding chests and the buckets of blood, and others might find it a little cheesy, but it's definitely a good use of your time on a quiet Saturday afternoon during an excruciatingly hot August during a horrible Plague Year.

Email ThisBlogThis!Share to TwitterShare to FacebookShare to Pinterest
Labels: Booth 3, Life in the Time of Corona, Screentalking