Overheard at Table 2: Savage and the Nation of Occupy Wall Street 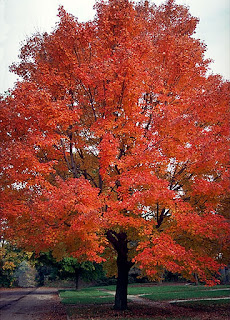 Philip: Did you catch the Michael Savage show yesterday?

Hilda: No. I was feeding my cats. Why?

Philip: Really bizarre. Just caught part of it. He was saying something about how Sorros was behind the whole thing, by hiding from paying his own taxes and giving all his money to some Canadian Communist group to start up the Occupy Wall Street movement.

Philip: Yeah, well, you know, their flag IS red!

Philip: All these years - just waiting for a chance to strike.

Hilda: It was losing that hockey game last year in Vancouver. That did it. They finally decided now's the time to spread their commie revolution to the States.

Philip: Thank you, Michael Savage! You are the herald, the prophet, the voice of God that has saved us all by opening our eyes to the menace of maple syrup!

Hilda: And tuques! Don't forget the tuques!
Posted by zen and tao at 4:22 AM