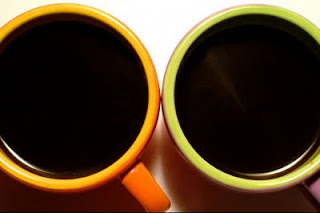 I've been thinking for a long time about this, and it's finally coalesced in my brain, how to say what I've been feeling, because frankly, I've always been uncomfortable with two Bible verses in particular:

"I've heard of those - those are two of the more popular."

Yes, exactly. And why are they popular?

"Because of the exhortation, I suppose."

But like I said, these make me uncomfortable, it's as though they seem wrong, somehow.

"Now that's getting to sound like blasphemy. Be careful, there."

It's not blasphemy to ask for understanding, for admitting you don't know. Listen, 2 Chronicles 7:14 'If my people will humble themselves and pray and turn from their wicked ways, then I will heal their land.'

"A bit shortened, but essentially it, yes."

Why are the Christians using it to beat up the liberals and the gays and the tree-huggers?

"Well, I don't think it's the Christians - it's a certain segment of the Conservative Movement. what they claim to be trying to do is to bring a little morality back to America, in order to avoid certain descent into moral entropy and a corresponding economic doom."

Yeah, but why does it feel so wrong? I mean, the way it's being bandied about, it certainly doesn't sound anything like the love of God.

"It's because they're using it wrong. They haven't really looked at the phrase in context. In context, this was just after Solomon built the temple and had danced and celebrated and had praised God and done everything God wanted him to do, and then he talks to God and God says, 'Yeah sure, that's great - but it's not the stuff you build for me that I care about, what I care about is that the people don't just SAY they love me, but SHOW they love me with their actions.' Essentially, you can built all the megachurches you want, shout Jesus is Lord from the top of the Empire State Building, wear all the crosses and WWJD bracelets you can carry, you can tattoo a crucifix on your arm and you can even double your tithe and build a hospital and name it after a saint, but if you are not humble, and if you do not seek in intimate relationship with God through communication and prayer, and if you don't address your deep rooted, internal sins, then God will never hear your prayer."

So, God is talking to us individually in that phrase, and not about America as a country?

"You're right. There are those type of people out there who are trying to blame the gays and teenage girls for the death of America, and they use this passage to say, 'Hey! Since you had an abortion, the Midwest is having record drought!' It's a simplistic statement, I know, but it summarizes their attitude adequately. It's the MISUSE of the verse that you object to, not the verse itself."

"About the other one 'I can do all things through Christ who strengthens me' - that's a bit easier. Remember, every single word in the Bible is inspired by God. Every one. If you hear a phrase from God that doesn't seem right it means only one of two things: either you are sinning and don't want to change from your sin, or the person saying it is using the Word of God for their personal gain. This Philippians verse is a prime example, because people use it like it's some sort of incantation that will give them superhuman strength. While it's not up to me to change any word in the Bible, I've always thought that people have latched on to it because it has 'I' and 'me' at the beginning and the end, with 'Christ' sandwiched in the middle. With our self-aggrandizing society, perhaps it would be better for us to say, 'Christ will do all things through me according to the will of Christ.' While I know that Christ wants to be the center of our lives (as is reflected in this verse), maybe it would be better for the Americans to remind themselves that Christ is the beginning and the end, and we are just sandwiched into HIS creation, not us being so magnanimous as to allow Him to work for us."

Dang, Verble, that's a lot to take in.

"Sit for awhile, then, contemplate. Have another cup of joe."

"From the Alpha to the Omega."

Email ThisBlogThis!Share to TwitterShare to FacebookShare to Pinterest
Labels: Table 5