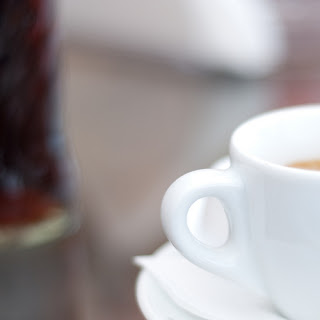 Verble is standing at the counter, talking to Tom Canada (pronounced ca-NAH-duh), the manager of the next door pawn shop, called SHR.

"You were right, Tom," says Verble, "NPR has lost it. Completely lost it."

"I've known that for years," says Tom, "Ever since that one day back in '96 when the reporter said 'I have no words to describe it' - completely ignoring the fact that THAT'S HIS JOB - to have words for things!"

"Well, I'm finally on board - check this out - their lackluster, lackadaisical, and absolutely LACKING IN SUBSTANCE response to my tirade against the completely obnoxious panelists on Intelligence Squared last Sunday night. Their response just shows the total tepid attitude that they have toward their work, and their audience."


Response to Message #336346:
Dear Verble,
Thank you for contacting NPR.

We appreciate you sharing your concerns with us. We strive to offer the highest quality of news and information available. Listener feedback helps us to accomplish this goal.

We welcome both criticism and praise, and your thoughts will be taken into consideration.

Thank you for listening, and for your continued support of public broadcasting. For the latest news and information, visit NPR.org.

Original Message: I have been an NPR listener for 35 years and this is the first time that I have written to you; however, I feel something must be said regarding last night's Intelligence Squared show. This is the first time that I have heard the program, so please forgive my ignorance of the format, and if this is not the normal level of intellectual debate, but what I heard was farcical. The subject of illegal immigration was approached by all the panelists with nothing more than the same tired topical agendas with the usual emotional hot-button emotional appeals, i.e. "for the American people" "make us stronger" "the American dream" - please! Your listeners can hear the same drivel daily on Fox News. NPR should be held to a higher standard.

One point worth noting is that when the subject of indefinite detention was broached, the topic was controlled by the pro-detentioners who banged home the point that if the US did NOT hold these detainees, they would escape and continue to "commit crimes and steal jobs" (see the "hot-button"?) Notwithstanding that NPR, last year, BROKE the story that the harshest immigration law (in Arizona) was written in large part by the largest private-prison firm in the US. The logical conclusion reached is that the private prison industry guides our immigration policy for no other reason than to make money, not for ideals, not for dreams, not for security, only for money. To present a show that does not contain panelists astute or knowledgeable or ethical enough to engage in deepers issues such as this demeans the entire purpose of National Public Radio, which frankly is the only source in American media that strives to a higher standard.

Not to belabor the point, I certainly hope that was a throw away episode of this series, and not indicate of a general decline in NPR quality.

Thank you for reading this.

To reply to this e-mail, please click on the link below. Thank you.

"Maybe," Tom says, "their audience is no longer people who actually think, but perhaps are now the faceless masses who want to be led."

"That, or they just know if they don't go to the side of the Conservative Right, their funding will be cut and they won't have ANY radio to produce."
Posted by zen and tao at 9:55 AM