Overheard at the Counter: Glenn Beck 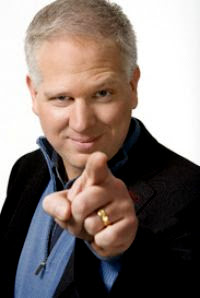 John Steppenwolf: So I was listening to Glenn Beck on the radio coming back into town the other day.

The Barista: And just why were you listening to hate radio?

Steppenwolf: It was a boring drive. I was trying to stay awake. But anyway, it was aMAZing, how this guy could shove in 1) a rant against MSNBC, 2) a revisionist history of how the Founding Fathers were "actually abolitionists" 3) a misquote from the book of Isaiah "turning good for evil and evil for good" 4) using that as a sounding board to promote Israel, while 5) stating that the reason that America exists is to protect other people's right to exist (meaning, obviously, only so long as those other people are - Israel, 6) and somehow tie it all up with a slipped in advertisemtent for a company that sells investment commodities - apparently if you call them today and give them Glenn Beck's name you'll get a great deal in gold and silver. People laughed at Glenn last year when he said gold would go up by twenty and look who's laughing now! Call today!

Barista: Don't worry about it. Everyone knows he's psycho.

Steppenwolf: Yeah, but the truly sad thing is that we let this psycho rule the airwaves.

Steppenwolf: In a country where we pride ourselves on letting everyone have a voice, we actually encourage some voices to scream louder than others, and believe me, when I think that THIS is what we support - enough to give him his OWN network! - really . . . what does that say about us?
Posted by zen and tao at 4:48 AM