Dever Dodd says, "More should be known about Crispus Attucks.  Half Black-Half Native American.  Supposed to be the first death of the Boston Massacre.   If his life hasn't already been made into a movie, it should be.  A big blockbuster Historical hit.

"Look, the dude was reported to be six inches taller than a normal man.  Huge guy.  Fought in the streets.  Hated the British for stealing jobs.   Father a slave and mother a Native American.  He escaped slavery.   This is all fantastic stuff for a big budget blockbuster movie. 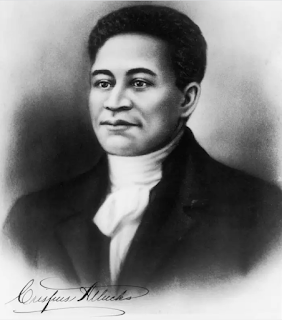 Email ThisBlogThis!Share to TwitterShare to FacebookShare to Pinterest
Labels: Booth 1