The Strawbs: From the Witchwood

Verble says, "Ah yes, here is one of my prized possessions!   After all these years, I finally found it on vinyl again.   The Strawbs' From the Witchwood LP.   A brilliant piece of acoustic guitar work, flourished by Rick Wakeman's ebullient, if sometimes completely overDONE, keyboards - this was Wakemen just before he went off to hit it big with Yes.   But seriously, the acoustic guitars make this: they sound just like they would have sounded in the Middle Ages, IF the current acoustic guitar design had been available in the Middle Ages.

"I could go on forever about the difference in design between the instruments; frankly, I have always found it sad that while we can replicate the instruments of the time, they always seem to be merely replicas.  We will never be able to hear what an original guitar truly sounded like in the environs of the day.  The sounds of the guitar, at least in my opinion, is not just the instrument itself, and not just the player, and not even just the room or studio that it's being played in, but it's the AGE in which it's being played.

"Seriously, listen to the albums as they go across the decades: there are similar guitars with similar designs, but the sound it different, each decade.   You may think that it's the recording techniques, and that may be part of it, but it's also the time.

"But back to the Strawbs:  I hear this album, and it feels like what it would have sounded like then, in a think-planked pub, or dining hall, or out on some minor lord's lawn.
"And if you think that's all a bunch of crap, well then, just give it a listen because it's just 10 good late 60's psychadelic folksongs!" 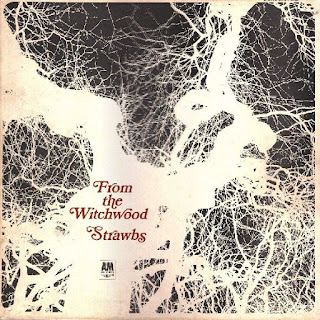 Email ThisBlogThis!Share to TwitterShare to FacebookShare to Pinterest
Labels: Framed Album Covers, Zen and the Art of the Acoustic Guitar