I liked The Woman King because it didn't shy away from African involvement in the African slave trade.   My wife panned me for even saying that, thinking I was being a White Apologist.

However, I'm not. Chattel Slavery was morally wrong, ultimately economically unsustainable, and has had detrimental effects extending into our modern world; as such, there is really no good that ever came from this practice, other than that the people who are alive today were born as a direct result of this forced migration.  Yes, what I am saying is that people like Viola Davis and my wife and myself would not be alive today had that migration not happened.  Had forced Chattel Slavery not moved everyone around, every single person in the continents would not be here.  Different people would be in our place.

How can you say that? you ask.  Oh you meanie! That's like trying to say it was OK because it had a benefit!

No it's not.  It's merely stating a fact.  Without putting any emotional weight on it - and that's what the Woman King tries to do, at least with the King of the Dahomey.  Viola Davis's Nanisca tries to show King Ghezo that there is an economic alternative to their tribe's involvement in the slave trade.  King Ghezo doesn't care about morality of the practice one way or another: he just wants to build an empire.  If he can do that by selling other tribes captured in battle or by making palm oil, he'll do whatever makes more economic sense. 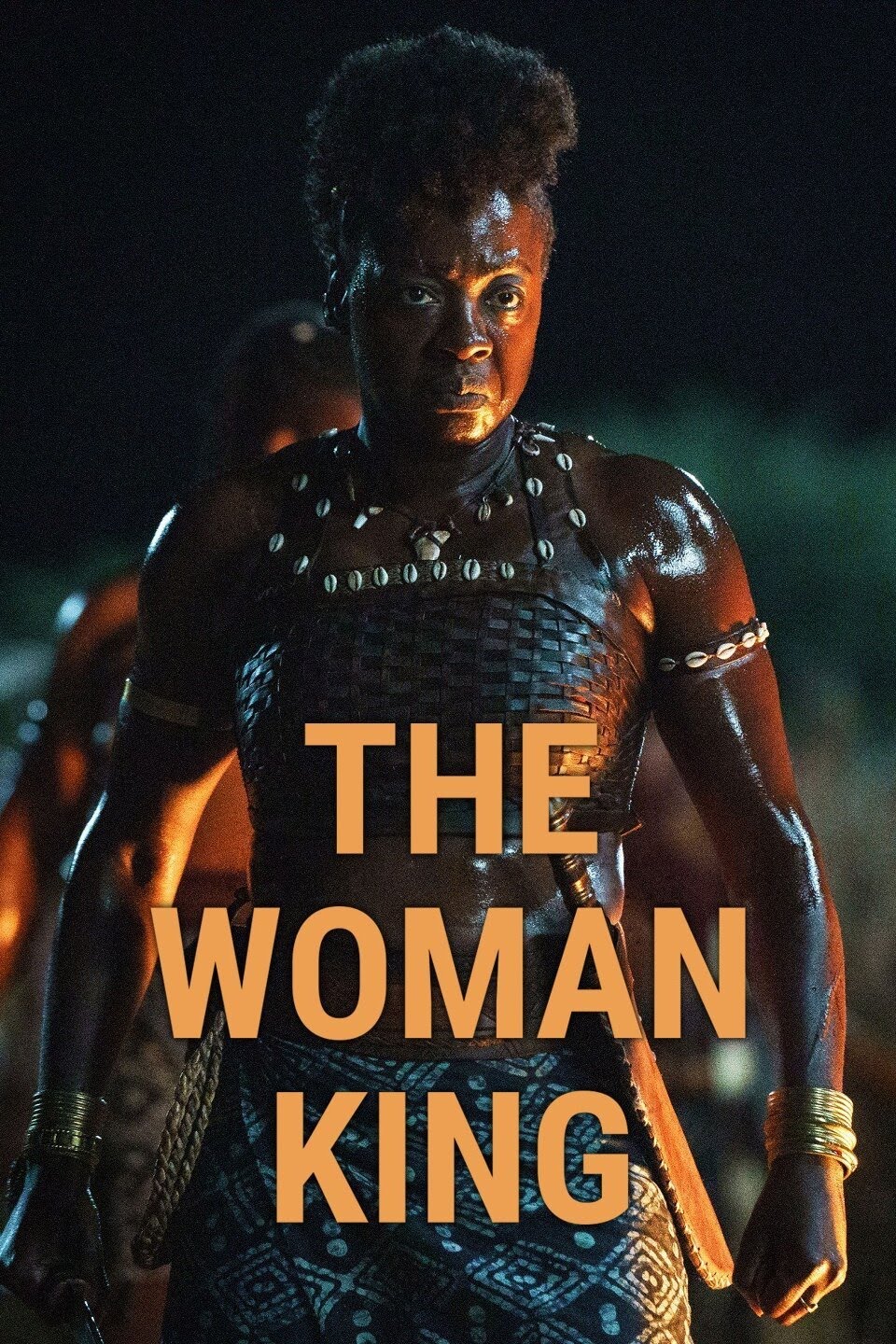 ... Nawi, while well played and engaging, rather fell flat for me as a character because she was, at the heart of it all, simply another archetype of the "Maverick Rebel Individualist" who "goes her own way" and "does her own things" and "defies convention" and blah blah blah turns out that she is successful in everything she does that breaks the rules.  That's tired, pat, and boring.

And yes, her being the daughter that Nanisca gave away 19 years before, well, you could see that coming from a mile away.

However, the most interesting character study in this film is the interaction between Nawi and Izoge Izoge as the trainer of the Nawi the young warrior is the Big Sister that Nawi needs to navigate this new world, and also becomes the mother figure that Nanisca never could be.  Their scenes are character gold - my only fear was that they would fall into the current trope of making them lesbian lovers (you know, to get the LGBTQ crowd on board with support of the film) but fortunately that did not happen

Like the trope of the mulatto (Oh my mother was Dahomey so I'm Dahomey too, even though my daddy was white and I'm Brazilian) who could have loved Nawi but in the end had to let her go so that they both could be free. 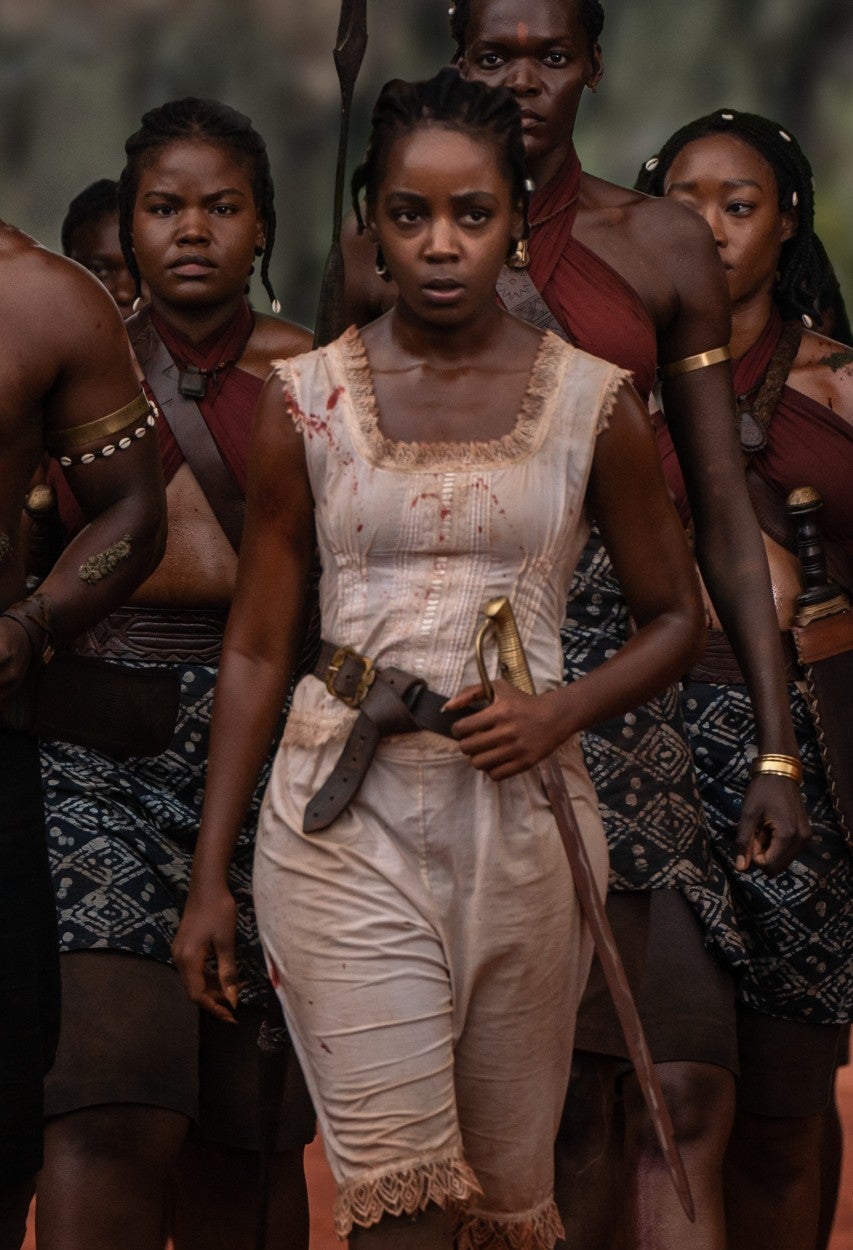 Lastly, the lack of bloodletting in the fight scenes made it seem like a made-for-Netflix movie ... or an installment of Black Panther MCU.  This kept it from the grittiness that it actually could have had.  But then, do we really want to see an African female version of 300?   Maybe the movie wouldn't have looked as slick as a graphic novel, but it would have been nice to have seen this movie look more like "Beast of No Nation" which was so hard hitting that you had to have your eyes closed through half of it, but which seemed to take a true look at Africa, how it is now, and how it, too, is still dealing with the sins of the past.

Last two points: Viola Davis does come across as Annalise Keating in African warrior garb.  She even has the same "strong woman dealing with inner demons" story arc.  So if you like her in this movie and haven't seen the series "How to Get Away With Murder" go watch all six seasons.  You are in for a treat.

And Thuso Mbedu's scene of grief over Izoge's death is one of the BEST grief scenes I've seen in film.  Her pain is heartfelt, sincere, the tone was perfect.  It suddenly turned what was a bland movie into art.  If the rest of the film's actors had been able to achieve that amount of emotional intensity, then this would have been a film no one could miss.

Postscript: the Comments on this article show how we are unable to separate our modern day emotions from the Chattel Slavery of the past...