Overheard at Table 1: The Green Hornet 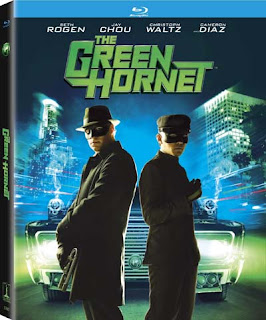 I just watched the Green Hornet last night. What a piece of s#!) - and I can say that because that's every other word in the movie. Kid you not. "S#!)" must have been used at least two thousand times, in fact, I think the writer must've been on contract for getting a dollar every time he stuck the word into the dialogue. Sure made him some money.

Gol-LEE what a disappointment. I mean, with all the cool superhero movies coming out these days, they span the gamut: dark, slick, bright, goofy, straightforward action, moody - I mean most are done fairly well, a lot are really good and some are fantastic, but this thing? Seriously, it's like they just wanted to play to a sliver of a segment of the teenage circuit - those 15 somethings who still think it's cool to curse when the parents aren't around and dream of going to college just so they can see what keggers are like. This movie wouldn't even appeal to the college crowd themselves.

Even the cool special effects are too intermittent to hold any kind of attention. And yeah, sure, maybe they could have worked with the idea of making the superhero an unlikeable slacker, but there needs to be some sort of real redemption, some sort of actual character growth, and the writing just fell short.

Basically, that's it: The writing killed this movie. Which is sad, because the last guys I ever want to pan are the writers, but boy did they stink of fecal matter throughout this two hours of poo.