I had to read the credits because I was sure this was written by guys, since the whole premise was about how the young woman dying of cancer was trying to fix her husband up with whomever would be a new wife after he was gone.  Such a cringy premise, I mean, the whole movie this guy was whining about how tough it is to have a dying wife, and yet he was hardly EVER there with his dying wife.

She spent most of her time in group therapy, which had some great characters, especially the ones played by Kate McKinnon, who plays some brilliant roles (but as an aside, I'm concerned that she might be heading toward being typecast as the "crazy-eyed spaz"

Regardless, Christopher Walken (who has been typecast, but it's OK, because he's great in the one role that he plays over and over again... it's like AC/DC - they play one song, but it happens to be a great song, so I love the band) ... but again I digress. 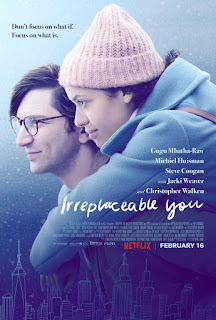 The best line in the whole movie is the scene in which Gugu Mbatha-Raw is telling Walken about an argument that she's had with her husband, and Walken replies that he once had a fight with his wife that lasted from 1991-1992.   When she asks how they overcame it, he replied, "I got over myself."

Such a good poignant statement on marriage... often one that nobody wants to admit.

As spouses (indeed, in any relationship) most of the time, our arguments are more about our pride and what we want and our demand to be "right" that we forget that we are in these relationships so that both people can have a better life together than they would have apart.

In the case of Walken's character, it was about a fight over a purple couch, and after cancer took time, Mbatha-Raw went to his wake, and saw the couch.  30 years later, the couch was still in their living room.   But because of that couch, they had spent two years not speaking to each other.

It shows you that things make us lose precious time with each other, things that, at the end of the day, we can live with ... until we are no longer alive. 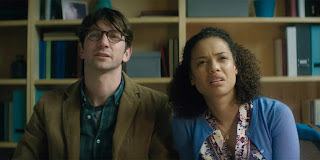 Lastly, though, Mbatha-Raw pours out everything into her character, which is alternately bright and funny, and scared, and stoic.  She is truly a magnificent actress who I doubt will ever be typecast, because she, frankly, could play any role.   She looks like she just has an all-encompassing talent.  I do look forward to seeing many more movies with her in starring roles.  (But I will confess it's also because she's drop-dead gorgeous ... but I consider that a plus, not the main attraction.)