Good lord, not another Nicholas Cage snoozer!
Don't know how many more of these I can take. 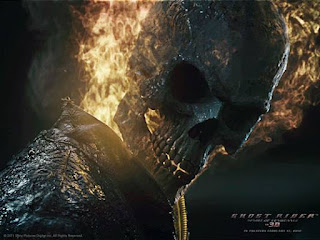 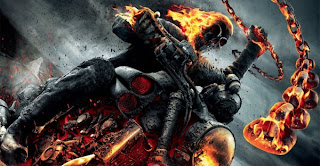 Been trying to cut him some slack after Wicker Man, and I even kinda liked the first Ghost Rider, and seriously, all I wanted from this movie was just some cool riding. 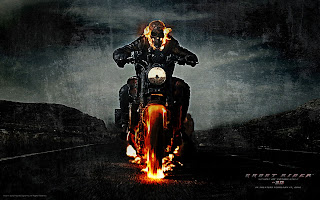 But I still probably had my sights set too high.   You can tell from the shots that the director grew up on all those early 70s biker flicks, judging from the bike shots.   But still, there was something so lacking, so lacking . . .

occasionally it even looked like he was trying for some sort of Roman Polanski-feel, can't explain how, there was something Rosemary's Baby-esque about the scene with the transference of Satan from the old man to the boy, but basically, it was like this movie was trying to be other movies, and never itself.

And Cage acted like he just is tired of acting.   That's the best way I can describe it.

The only part I liked was the flamethrower pee stream.     And yes, that is exactly just how it sounds.   Coolest part of the whole film.