Just paid $4.99 to watch that from Xfinity, and man what a waste of FIVE BUCKS.

Sure, yeah, I'll admit, THIS is the vampire assassin that I want protecting ME in a dark alley, darn right - Kate Beckinsale may look like a toothpick in a tight black leather outfit, but she kicked total applesauce in two out of the three Underworld movies (the third being a 'prequel')

but good NIGHT, this movie sucked!    No characters, no plot, no direction.   You always know it's bad when they have to write one of the main characters (her boyfriend) kind of 'half-in, half-out' of the movie - that ALWAYS means there's some sort of contract negotiation, or that even the actor knows that this is a turkey, but wants to be brought in for the next installment if he/she can get more money.

Why Kate even agreed to do this one, I dunno.   Maybe the whole budget went directly to her, because the effects were like, what is it?   Are we doing CG or are we doing stop-motion, or maybe a little of both?

And having the 'oh we must protect the child because the child is more powerful than anybody ever before' - LAME!    I would love to see one movie, just one, where the 'child' is supposed to be the savior of the race and turns out just to be some wuss kid.

But no, here we have this twelve year old kid who sticks her thumbs into a werewolf's eyesockets and rips his head apart - which is actually the coolest part of the movie.

So you know the rest is lame!   Personally, I think Kate should return the money of anybody who shelled out the bucks to see this in the theatres.    The only redeeming quality is it had great action shots of Kate looking good in tight black leather, which we can just download from Google images! 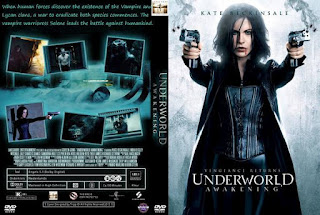 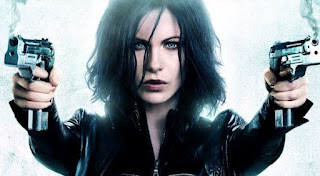